The company was born in West Auckland in 1955 by two westie founders... 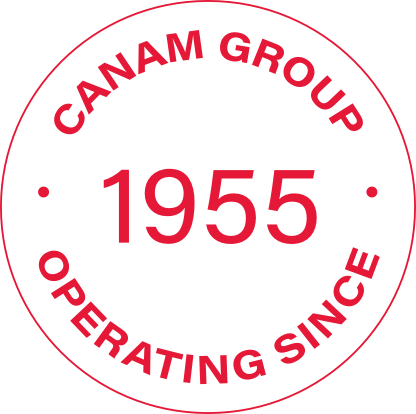 The company was born in West Auckland in 1955 by two westie founders Andy Bonnar and Kelvin Gill, initially named Bonnar Gill Limited. Graeme Cameron joined the company in the 1960’s, and inspired by the acclaimed New Zealand race-car designer and driver, Bruce McLaren, Graeme established CANAM commending Bruce’s formidable win of the CAN-AM cup in 1967.  In 2006 Loukas Petrou and Nick Page took over the operation of Canam and wasted no time in growing the company further to become one of the top contractors in the Auckland region, with an enviable track record for delivering projects on time to budget.

Following the continued success of its Auckland operations Canam expanded to the Bay of Plenty Region in 2010 and formed Canam Construction (BOP) Limited. By 2012, Canam was recognised internationally by successfully completing projects in Samoa, Vanuatu and Papua New Guinea.  After Nicks retirement in 2017, Stephen Jones became a Director and Canam continues to go from strength to strength, with a Northland office established in 2020. The Canadian-American Cup (CAN-AM) remains a well-remembered form of racing due to its fast and innovative cars and the line-up of talented drivers. Whilst the CAM-AM cup finished its last race in the 1970’s, Canam continues to be a top racer in the roaring construction industry.